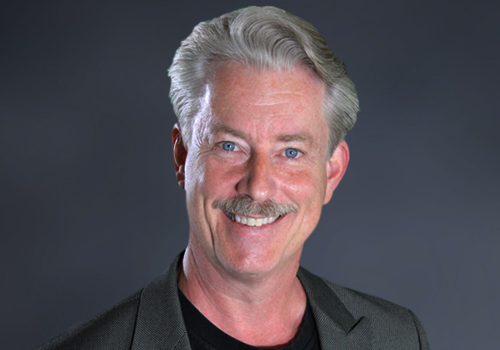 Dr. Johnson was raised in Dothan, Alabama.  He attended Emory University on a full National Merit Scholarship.  He was accepted to begin medical school prior to obtaining a bachelors degree (an offer that is extended a couple of times a decade by the University of Alabama School of Medicine), but opted to finish his BS degree at Emory before entering medical school.  An MD was obtained from UAB in 1981.  Two years of General Surgery Residency were completed at the University of Kentucky as a prerequisite for Urology Residency at the University of Illinois in Chicago (1983-1987).  Dr. Johnson practiced Urology for two years in Portsmouth, Va., prior to moving to the Nashville area in 1990.

He practiced Urology at several area hospital, including Centennial Medical Center and Baptist Hospital, with his main base of practice at St. Thomas Hospital, from 1990 to 2006.  During his tenure as a Urologist, Dr. Johnson was Board Certified, and received advanced training in several emerging technologies.  He was one of the first physicians trained on the Da Vinci robotic surgery system.  In addition to using this machine to perform Prostate removal, he also explored its use for kidney and adrenal gland removal.  He was trained in Laparoscopic Surgery, including its use for donor nephrectomy, and was a member of the American Society of Laparoscopic Surgeons.  He was the Principle Investigator for a Lithotripter that was in the final stages of investigational documentation.  He has published several scientific papers.  He was a member of several professional organizations, including the American Urologic Association,  American College of Surgeons, and the American Association of Laparoscopic Surgeons.

Dr. Johnson was a visiting professor of Urology at Pirigov Medical Institute in Vinnitsa, Ukraine.  He organized donation of a cystoscopy-fluoroscopy surgical table to this institution, along with several hundred thousand dollars worth of medical equipment.  He then spent over a month, in several increments, training Ukrainian Urology faculty members to use the donated equipment.

He has been involved in missionary efforts in Ukraine, and was on the Board or Directors of an organization that trained Ukrainian leaders in Christian leadership principles.  He and Holley taught in this leadership institute in Kiev and in Kharhov, Ukraine.

Currently, Dr. Johnson is Board Certified in Prolotherapy by the American College of Prolotherapy.  He is a member of the American Association of Orthopedic Medicine and the American Osteopathic Association of Prolotherapy / Regenerative Medicine.  He has lectured in the annual national conference of the AOAPRM for several years on topics including Basic Prolotherapy Techniques; The Pathophysiologic Diagnosis that Causes Connective Tissue Symptoms, and Correct Treatment of this Disorder; Uses of Platelet Rich Plasma in Patients with MusculoSkeletal Symptoms; and A Results-based Comparison of Orthopedic and Prolotherapy Approaches to Treating Musculoskeletal Pain, Contrasted with Dr. Johnson’s Personal Results:  An Analysis of Diagnostic Assumptions and Approach, Treatment Techniques, and Results.  He published a paper in the Journal of Prolotherapy in 2009 detailing a theory of the cause of most Musculoskeletal Symptoms, and why Prolotherapy is such an effective treatment for these problems.  Dr. Johnson has been on the Editorial Board of the Journal of Prolotherapy since its inception.

Mark has a long history of mentoring and teaching in various realms, including spiritual growth and a relationship with God.  Recently he has begun writing, and is currently working on a book examining the intersection of the Biblical narrative, history, and science.