Proper care of sports injuries is important for everyone, but it is even more important in athletes, who either make their living, or derive great enjoyment, from using their bodies ‘to the limit’, and, who, therefore deal with occasional injuries.  In an athlete, what is the most common cause of ‘retiring’ from their sport?  Pain and function limitations associated with unhealed connective tissue injuries. 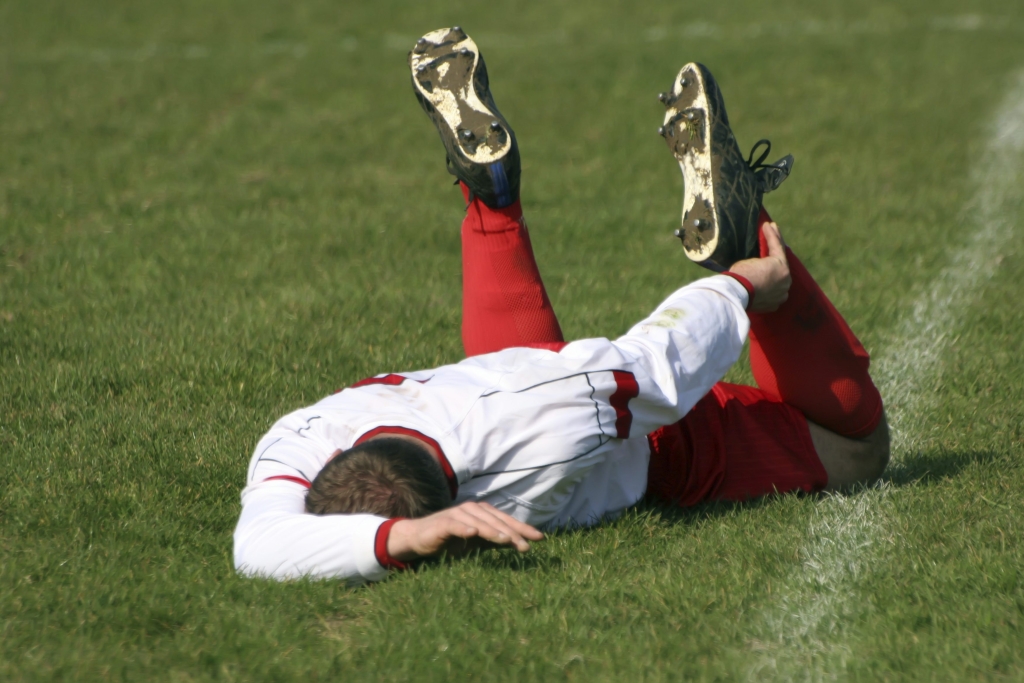 It is vital to understand what represents ‘proper care’ of injuries and what does not, because current medical training, and current ‘trainer’ training, leads to measures—icing and use of anti-inflammatory medications in the attempt to ‘aid’ healing—which have been shown scientifically to actually IMPAIR healing.  Is it really true that, until refrigeration and Advil were invented, the human body was incapable of proper healing?  With any acute injury, your body triggers the same ‘connective tissue healing system’ that Prolotherapy triggers.  The things that impact a Prolotherapy treatment’s effect, for better or for worse, are the same things that affect the ‘injury’ healing system.

And you want this system to work as well as possible to repair your injury as much as possible.  We know that this system produces, give or take, about a 70% repair of the tensile strength loss due to injury during the first six weeks.  Thereafter, the ‘maintenance’ healing system can gradually make up the remaining deficit…if you allow it to do so.

What impairs the connective tissue healing system?  Ice, even 15 minutes of icing, will significantly impair healing.  This exposure has been shown to reduce the diameter of ‘arterioles’ 40-80% for up to 24 hours, slowing blood flow in the area of the injury to a crawl.  While this ‘minimizes swelling’, it also impairs migration of WBC’s and fibroblasts into the area, which are the cells that trigger and carry out the healing process.  Not a good trade.  Elevation and mild compression are a good idea to minimize swelling.  RICE should be RCE!

After a sprain, there is more pain the next few days than the day of the injury.  The  increase of pain is due to the chemicals released during the healing process.  As Americans, we feel entitled to have as little pain as possible, so what do we do?  We take a handful of Advil or Aleve, or come away from the Urgent Care Center with a prescription for Mobic or Celebrex, which ‘improves’ our pain.  But what also happens?  In the American Journal of Sports Medicine in the summer of 2006, and article appeared on the use of Celebrex for connective tissue injury.  Let me briefly describe what was found:  no further comment is needed…

Three groups of 50 rats were used for the study.  The first group were ‘untreated controls’.  The second group had a medial collateral ligament incised about 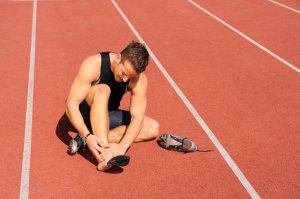 50% of its cross-sectional diameter (and therefore strength reduced about 50%).  These rats were allowed to heal without further intervention.  The third group of 50 rats had a ‘human equivalent dose’ of five days of Celebrex immediately after their ligaments were similarly cut (about 50% of diameter).  After three months, the rats were sacrificed and the ‘load to failure’ (how much force was needed to snap the ligament) was tested.  The ‘untreated’ group were used as the ‘control’.

What was found?  In the rats allowed to heal without ‘intervention’, there was a 100% return to full tensile strength by the ligament…rats heal very well on their own.   What do you think was found in the Celebrex group?  The company, which sponsored this study, probably expected there to be ‘improved’ healing in this group, because this is what their sales pitch had been for use of this drug in injuries.  Instead, surprise, there was a 34% reduction in ‘load to failure’ vs. the untreated control group.  In other words, these rats healed about 1/3 of their collagen loss, and DID NOT heal about 2/3 of this loss.  What do you want to happen to YOUR injury?

All of the ‘healing’ events that happen are chemical reactions.  Heat will cause  these reactions to be faster and stronger.
Blood flow is increased by heat:  more WBC’s, oxygen, and food in, more waste products out.  Your body then has everything it needs to do the best job possible of healing.
So, our recommendation:  After the injury, elevation and compression.  Pain relief with something other than anti-inflammatory medication.  Limit activity, but attempt to use the structure in ways that are not unduly painful.  Once bleeding has stopped (an hour or so), heat may be applied in any form.

We have had many, many affirmations of this approach from gymnasts, secondary school, college, and professional athletes, Olympic level competitors, and recreational types who try this approach.  After a few days of significant pain, most note faster resolution of swelling than ‘expected’, and faster return to full activity.  Don’t take my word for it…just try it and see what you think.